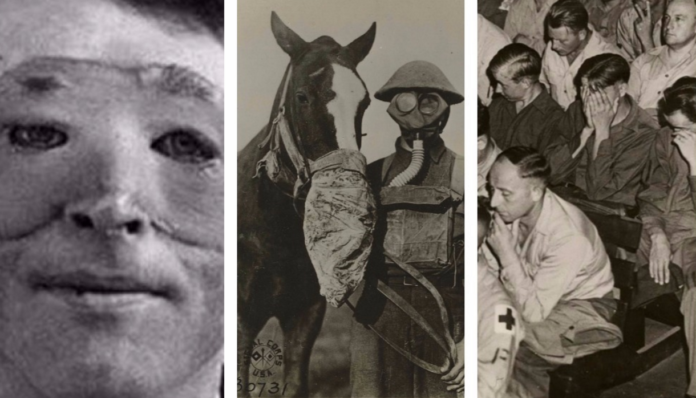 The past hundred years have been rife with conflict and war on a global scale. The development of photography and photojournalism over the years have brought to light not only the realities of the front lines but the devastating after-effects of conflict.

These photos show just how much warfare has changed over the years, yet how the end result remains the same.

This first image really made me think. 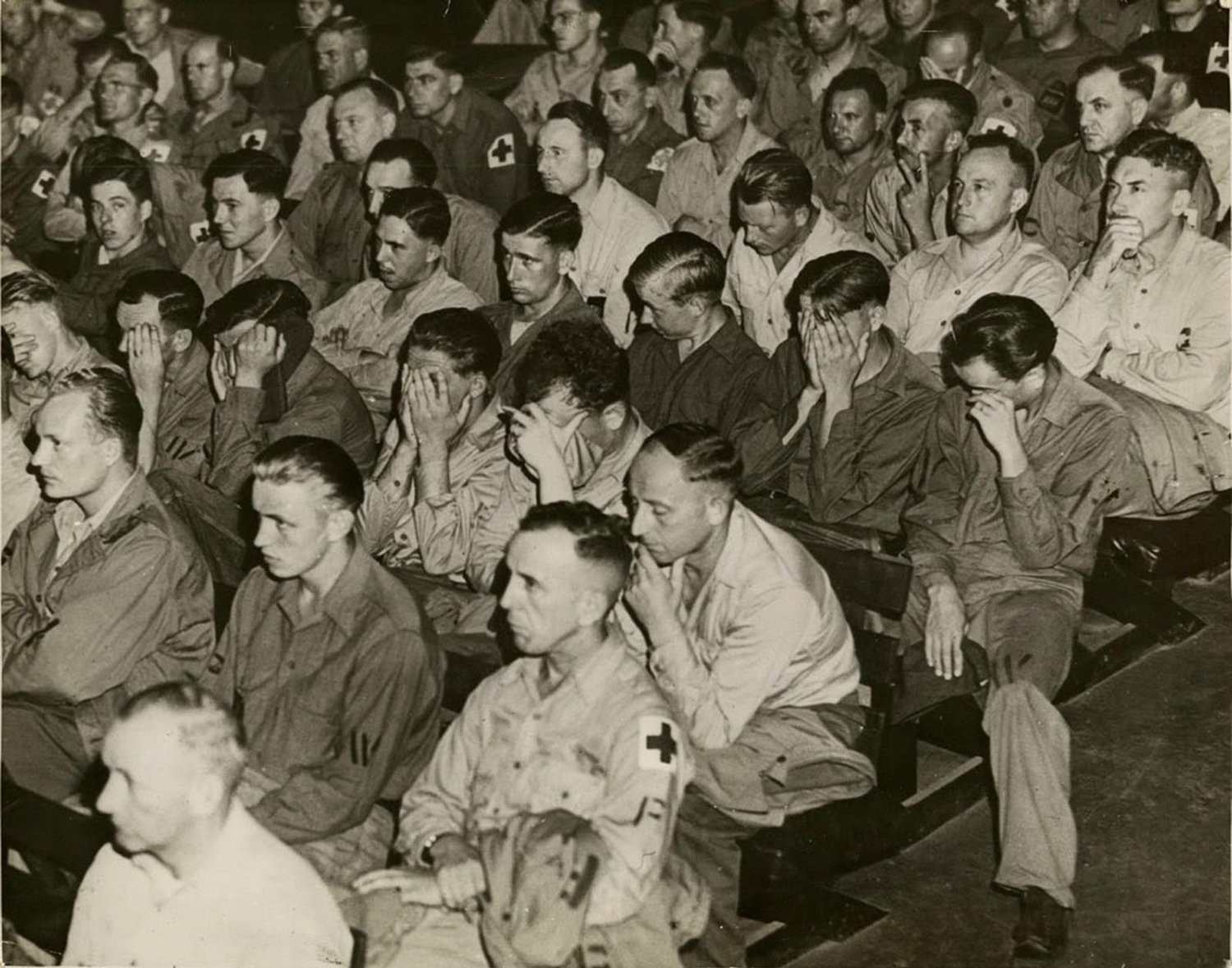 This image shows the faces of German prisoners of war, captured by Americans, watching a film about a concentration camp. We’re conditioned to think of all German soldiers who fought in WWII as evil Nazis who willingly took part in Hitler’s quest for domination. In reality, many were foot soldiers fighting for their country, who were horrified to see what their top brass had been up to. 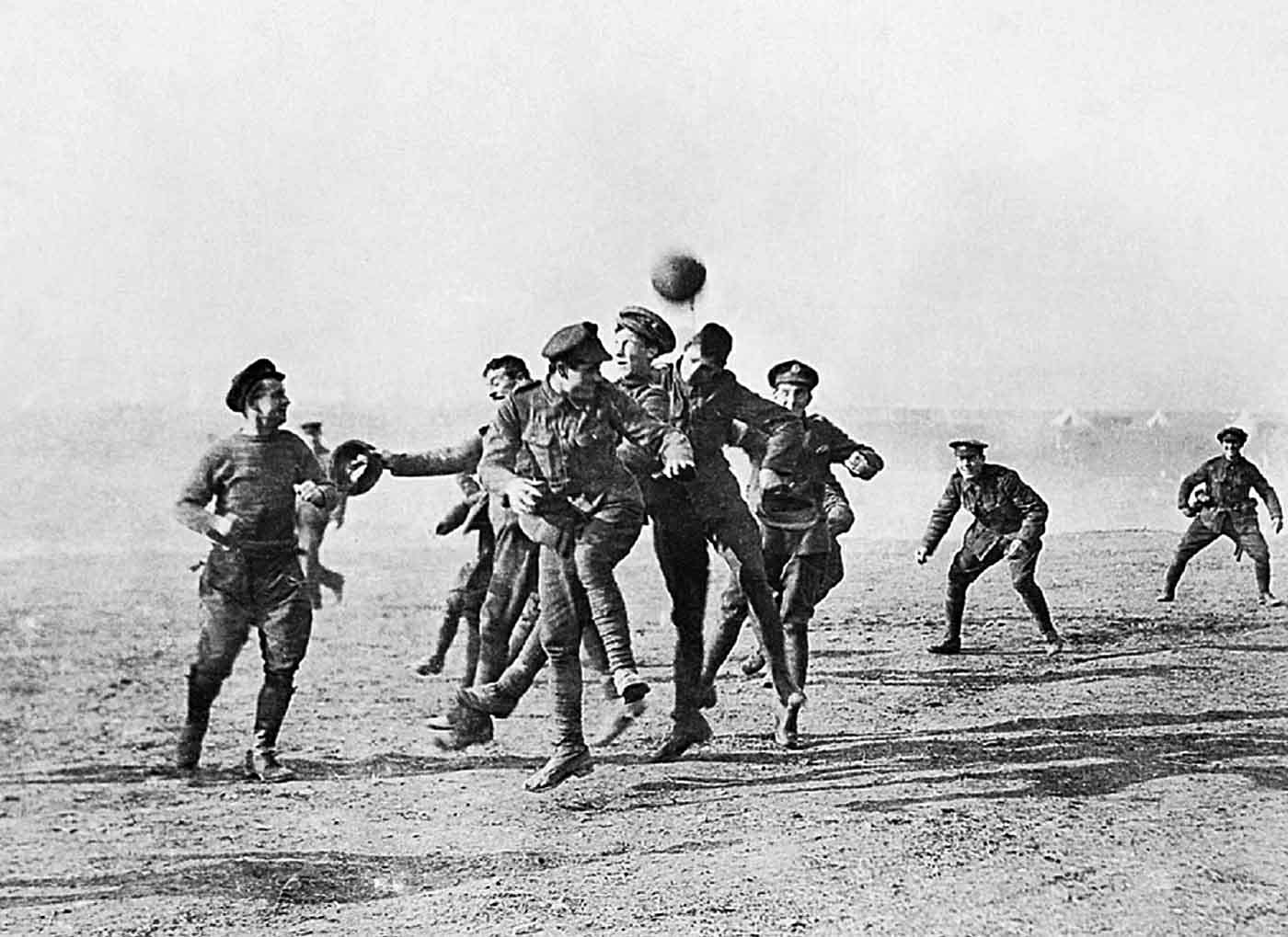 On Christmas in 1914, five months into World War I, German and Allied soldiers were dug into their opposing trenches on the Western Front in Belgium and France when they defied their superiors to declare a truce. They used a tin can as a substitute for a soccer ball, and, for a little while, traded the grim duties of war for a bit of fun.

This next picture is a bit bizarre.

8. Gas Masks All Around 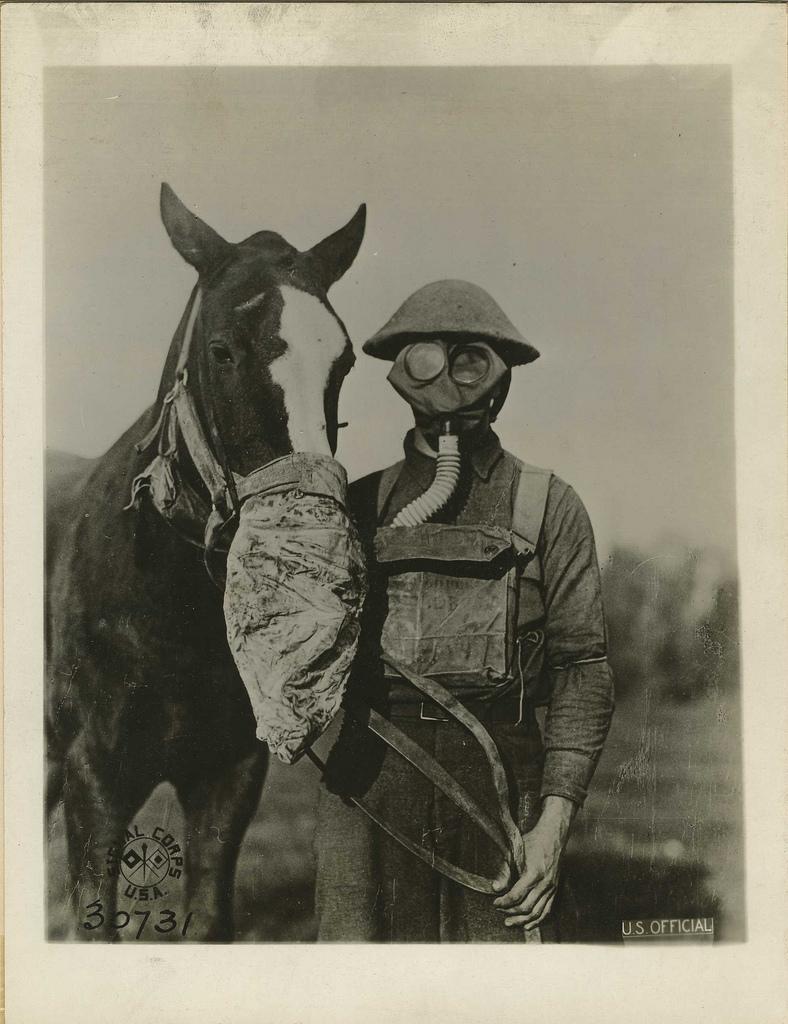 While chemical agents have been used for thousands of years in warfare, the first large-scale use of chemical weapons was during World War I. German and French troops especially used poison gas to weaken and kill their enemies. In this picture, we see a soldier with his gas mask on, as well as a makeshift gas mask made for his faithful horse.

This next picture shows a crazy juxtaposition of old and new.

7. Shades Of Things To Come 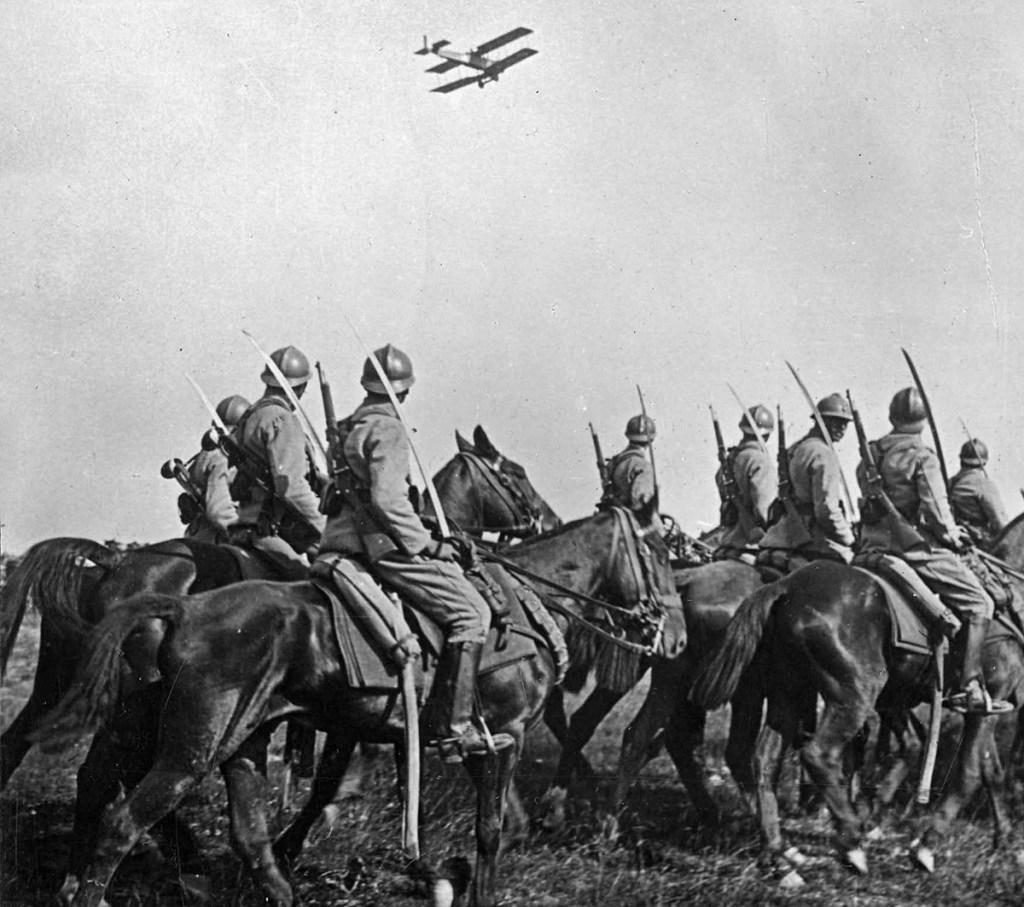 World War I saw many changes in the way technology was used in warfare. Early on, planes were used mainly for observation, and pilots would fly off armed only with pistols (or completely unarmed). Here we see a French cavalry unit, complete with swords, observe an Army airplane fly past. 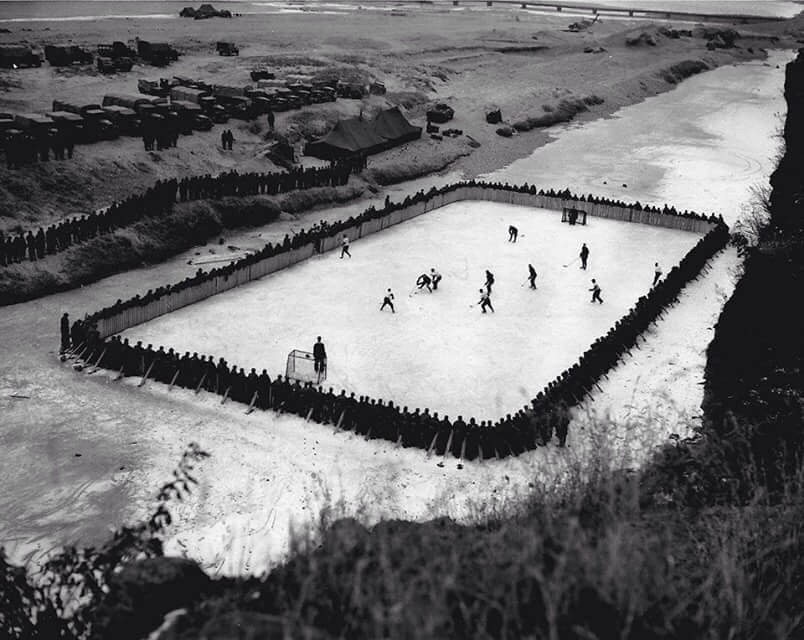 This picture shows Canadian soldiers playing hockey on the frozen Imjin River during the Korean War. Many of the soldiers had brought their hockey sticks to Korea in the hopes of getting some slapshot practice in while they served. The games were so popular and such a morale booster that the Canadian commanders threw support behind them and had extra equipment brought in for the troops.

This next photo shows a dark time in our nation’s past. 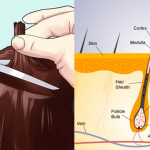