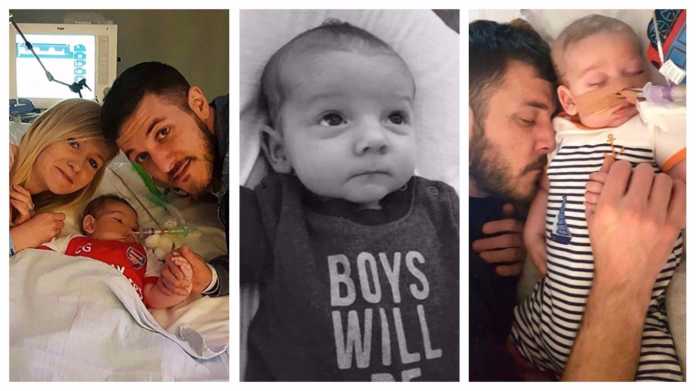 Meet Charlie Gard. He was born in London on August 4th, 2016 to proud parents Chris Gard and Connie Yates. At first, he seemed to be a perfectly healthy baby boy. When he was only 8 weeks old, he fell ill and his parents had to take him to the hospital.

He was diagnosed with a devastating genetic condition called mitochondrial depletion syndrome, which causes progressive muscle weakness. His parents had no idea that they were both carriers of a faulty gene until Charlie was 3 months old. The disorder is so rare that it is believed to affect fewer than 20 children worldwide.

His story only begins there. What follows is a story of heartbreak, determination, and his parent’s fight for the very life of their child. 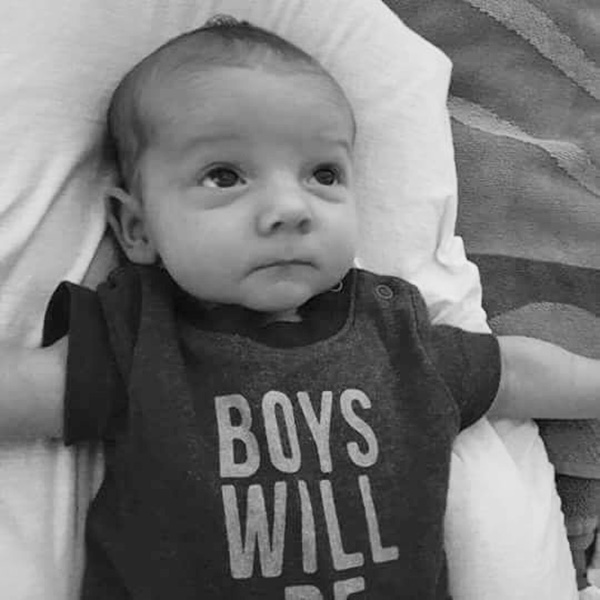 Charlie’s condition is caused by a disruption in the mitochondria, the part of the cell that provides energy to his muscles, kidneys, and brain.

After watching their baby get weaker and weaker, Chris and Connie began to research his condition and found a doctor in America that might have a treatment option for him.

9. A Doctor Is Found 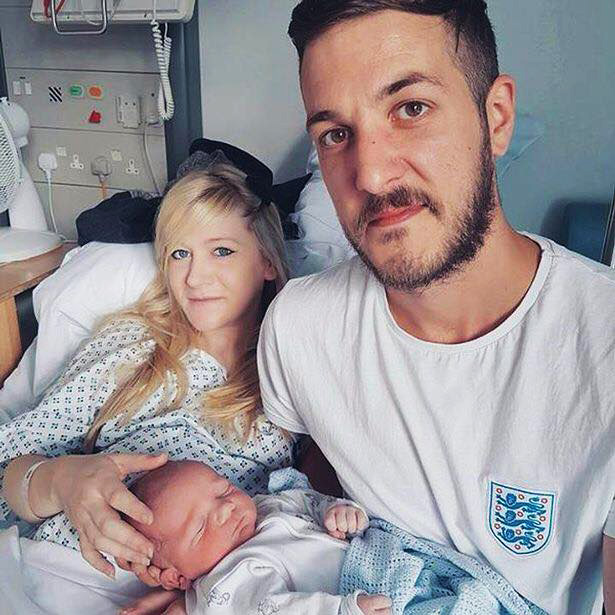 The doctor, a neurologist who specializes in mitochondrial disorders, has treated 18 people with a similar condition to little Charlie’s with an experimental treatment called nucleoside bypass therapy.

It could theoretically repair Charlie’s mitochondrial DNA and help it synthesize again by giving him the naturally occurring compounds his body isn’t able to produce.

Read on to see if this therapy would work for Charlie… 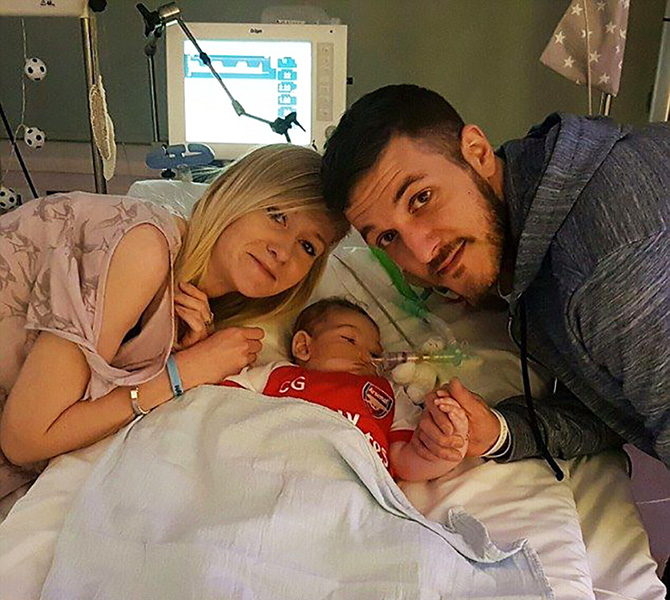 Since October 2016, Charlie has been in intensive care at London’s Great Ormond Street Children’s Hospital. He has suffered significant brain damage due to the disease and is currently fed through a tube. He breathes with an artificial ventilator and is unable to move his arms or legs unaided. 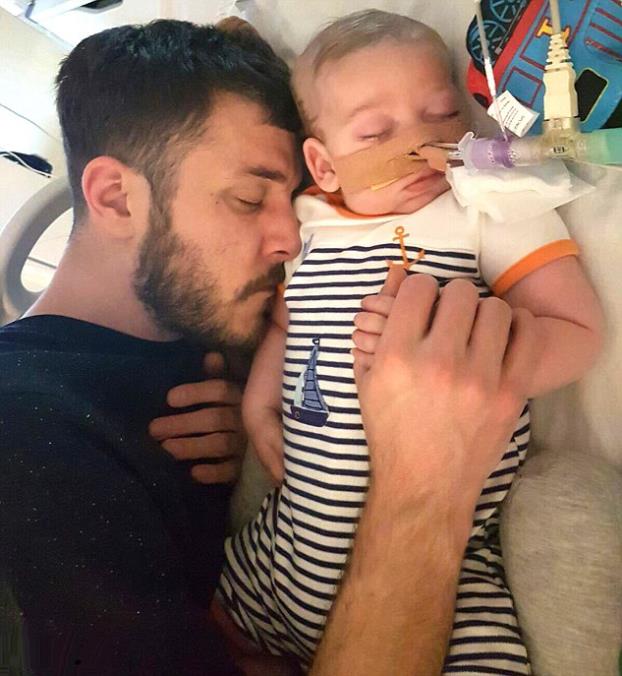 Although Charlie’s specific mitochondrial disorder was different than the one he was treating, the American doctor agreed to try a three-month course of nucleoside bypass therapy. The specialist proposed a therapy that he said would provide a “small chance” of a meaningful improvement in Charlie’s brain function.

That small chance was all Charlie’s parents wanted, but it would come at a steep price… 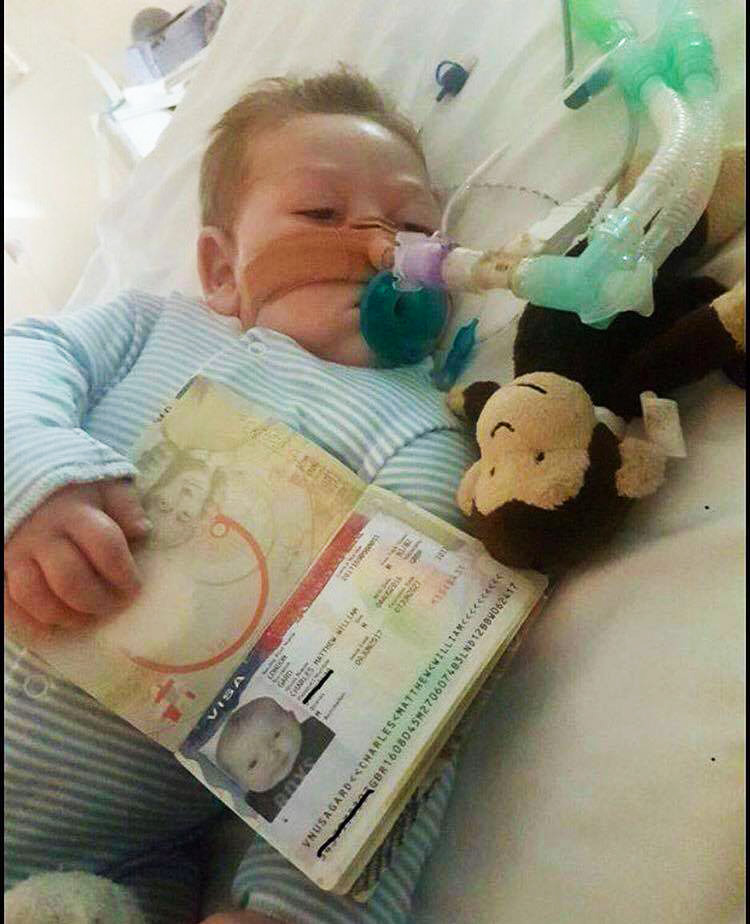 Charlie’s parents were determined to get him to the hospital in America for treatments. They started a GoFundMe page in January 2017 to help raise money for the expensive journey.

In four months, more than 80,000 people contributed, raising over $1.65 million for the treatment and expenses.

Amber Portwood Lashes Out at Ex-Boyfriend Matt Baier: “It’s On!”